We use cookies on our website. They help us get to know you a little and how you use our website. This helps us provide a more valuable and tailored experience for you and others.

You can revoke cookies at anytime at the bottom of the page.

More than 1,000 youngsters in 4 Flemish cities will test new ‘personal driving coach’ app to monitor and improve their driving skills

Today marks the official launch of the Road Vikings initiative – a community of young drivers that will make use of a ‘personal driving coach’ app to monitor and improve their driving skills. Good driving behaviour is rewarded – an approach that should increase Belgian road safety, and decrease the number of youngsters dying in car crashes. More than 1,000 young drivers have joined the community already – clustered in the cities of Antwerp, Ghent, Hasselt and Leuven.

In the EU, car accidents are the primary cause of death of young people between 18 and 25: in all statistics on car crashes and fatalities, young drivers are hugely over-represented. According to experts, young drivers’ high car crash rates primarily result from a lack of experience and the attitude and lifestyle associated with their age.

Today, in an effort to remediate inappropriate driving behaviour, youngsters are constantly told what not to do – thus receiving a lot of negative feedback. Yet, when looking at car crash statistics, that approach is clearly not working.

Road Vikings rewards young people who drive responsibly
“Today, a penalizing approach is used to correct young people’s driving behaviour – but statistics show that the impact of this is pretty limited,” says Maciej Myslinski, co-founder of the Flemish start-up Digital Driving Pass and one of the brains behind the Road Vikings initiative. “Road Vikings rewards good driving behaviour. On the one hand, community rewards are intrinsic – satisfying people, as they become better drivers. But we’re obviously not blind to the fact that most people are also very sensitive to extrinsic motivators – such as elements of gamification and competition, or even material rewards (cinema tickets, tickets for sports events, car insurance discounts, etc.). In the next couple of months, we will be heavily experimenting with this: our members’ driving behaviour is monitored; the better they drive, the more rewards they’ll receive; and that should have a measurable impact on road safety.”

The Road Vikings community already counts more than a 1,000 members – mainly spread over the cities of Antwerp, Ghent, Hasselt and Leuven.

Road Vikings turns young drivers’ mobile phones into a lifesaver
The Road Vikings community makes use of a smartphone app that monitors and analyses members’ driving behaviour – so that they get unbiased, objective feedback on their driving skills. In other words: the app works like a personal driving coach that gives constructive feedback on the driver’s achievements and the areas for improvement.

Everyone with an Android phone can freely download the Road Vikings app. It tracks and assesses users’ driving skills based on speed, acceleration, braking and distraction (caused by phone usage, for instance) – and links that information to data on the types of roads being used. After every trip, users receive trip scores and feedback to help them become better drivers. They can participate in challenges, earn points and be rewarded for good driving.

“We make sure that Big Brother is not sitting on your backseat – because you are in direct control of your data,” says Maciej Myslinski. “Road Vikings is a driver-centric system with non-invasive data access, data control and privacy in mind.”

“Mobile Vikings strongly believes in community-driven innovation. Initiatives like the Road Vikings are a clear example of how new mobile technologies can make the life of young, inexperienced car drivers safer and in the end could lead to cheaper car insurance bills for our community.  We're proud to fully support the Road Vikings initiative with our Viking Lab and are eagerly looking forward to the results of this ‘personal driving coach’ experiment, says Stijn Martens, Chief Marketing Officer of Mobile Vikings.

“I support initiatives that encourage drivers to improve their driving skills" said Flemish Minister for Mobility Ben Weyts. "Last year 400 people died on the road in Flanders unfortunately including many young people. The principal factor in majority of those accidents was the failure of the drivers but we can make a lot to make our road safer and our drivers better. I hope that this app can inspire many young people and nurture a generation that is aware of traffic issues and committed to better driving. It is better to have many Road Vikings rather than road pirates.

"We really welcome this initiative," says Karin Genoe, Managing Director of the Belgian Road Safety Institute (BIVV). "Indeed, young drivers 18 to 24 are involved in over 25% accidents resulting in personal injury, while they represent less than 9% of the population. It is therefore particularly important to raise awareness of considered and responsible driving."

Road Vikings is supported by Mobile Vikings and its 250,000 community members – and is sponsored by KBC Group, which is very active in accident-prevention and road safety campaigns. The Road Vikings initiative is also backed by the Flemish Government – Ministry of Mobility, Belgian Road Safety Institute (BIVV), iMinds’ iStart and Living Lab entrepreneurship and research programs, IWT and [email protected] ESA BIC Flanders managed by Innotek also supports the initiative. Digital Driving Pass received support from the European Commission through FI-C3, a FIWARE accelerator. The Road Vikings algorithms are firmly rooted in scientific academic research from the Transportation Research Institute (UHasselt) – experts in road safety and mobility. 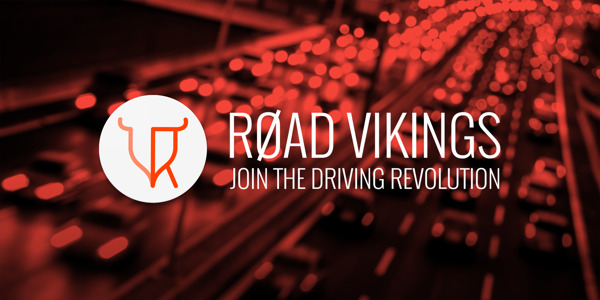 Download our Press Kit. It includes logos, images, platform screenshots. Looking for high-res content? Email us with your specific needs.